With MIRROR I was interested in the idea of creating a living museum, a downtown building that could change in real time.  It‘s like an urban earthwork. Seattle is a very complex and fascinating city on many levels and MIRROR was an attempt to reflect the simultaneity of the culture and landscape you find there.

I looked at the structure of minimalist music, and that became the framework I used to create this. I looked at reductive music like La Monte Young, or Terry Riley, or Steve Reich—pieces that are continuously reduced down to modal structures and repetitious patterns—I realized that's the way I needed to design this work. To create an invisible system that could relate to and mirror what's happening around it, like a living composition.

The piece is going to exist in such a way that I don't think anyone will be able to see the entire work. And that's what I'm after. I like that challenge. I became interested in the legacy of people creating earthworks—people like Michael Heizer, Robert Smithson, James Turrell—their pieces are very much about the place that the viewer does not live. They're about the journey to reach that remote place to encounter that sculpture or invention. With MIRROR, I was more interested in the idea of using the landscape right around here.

The work will move through different layers of sensitivity: from the speed of people walking by the street outside to the reflection or brightness of the sunlight shining on the building. This mapping of the landscape and the surroundings feeds into the building, which sequences it live. The museum’s surface can sense all these changing conditions around it, thus creating images and abstraction. The building can speed up or slow down, it can change chroma with the temperature, or the speed of the wind might edit a live sequence of images a certain way. Mirror will never repeat itself; it will simply change continuously in the present moment. 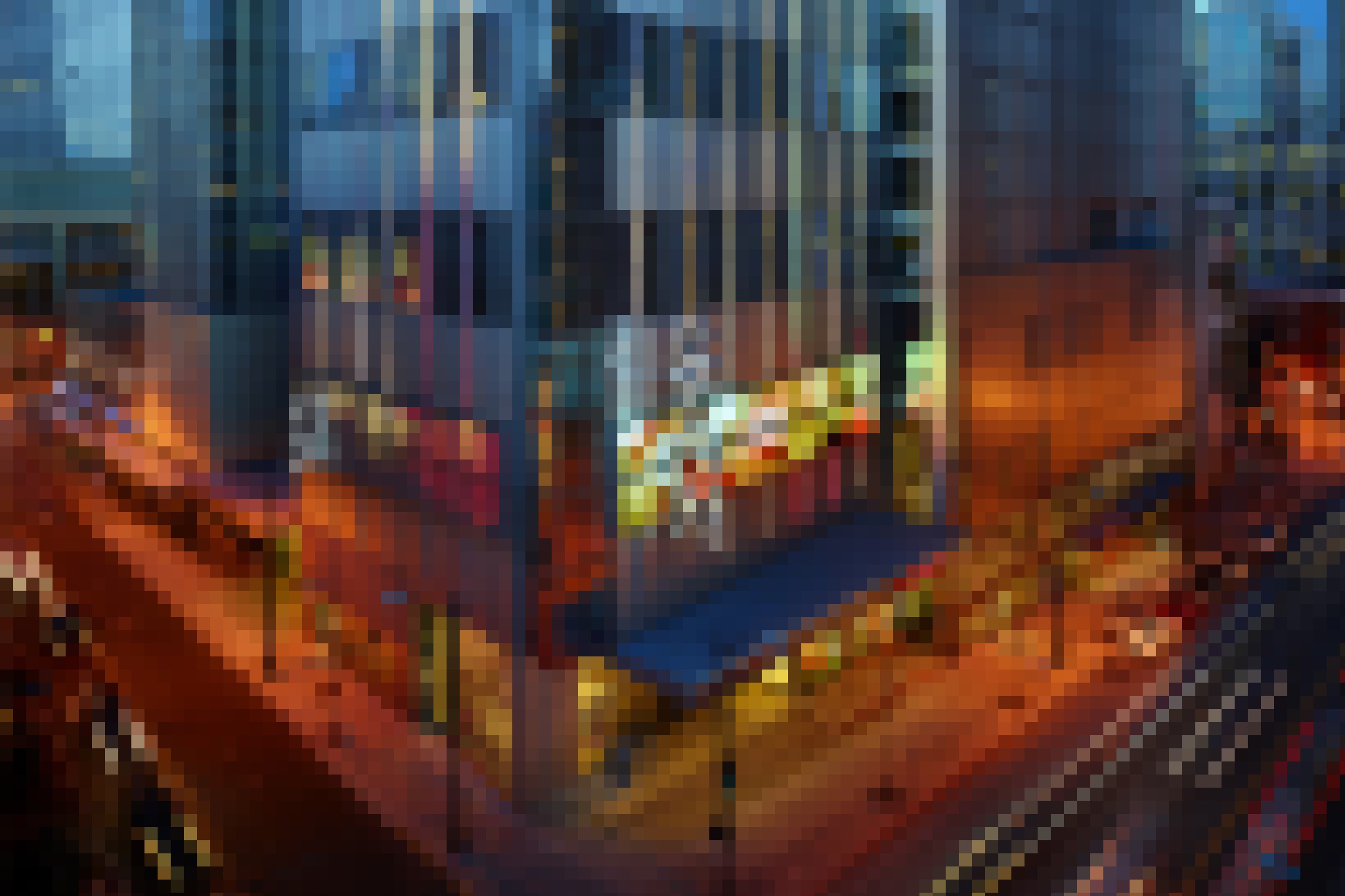